Home > Pharmacy, Medicines and Poisons Board

Pharmacy, Medicines and Poisons Board 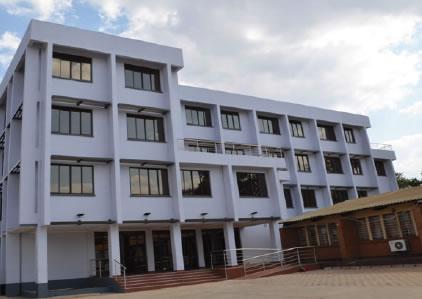 The Pharmacy, Medicines and Poisons Board (PMPB) is a Drug Regulatory Authority that was established through an Act of Parliament No. 15 of 1988 and its mandate is to regulate medicines, pharmacy practice and enforce associated legal provisions in the country’s legislation.

In order to efficiently and effectively execute its mandate to serve Malawians better, PMPB undertook several reforms as part of the Malawi Public Sector Reforms Programme that was launched by His Excellency President Professor Arthur Peter Mutharika in February 2015. The Reforms by Pharmacy, Medicines and Poisons Board are as follows:

Introduction of Tip-Offs Anonymous Programme
This reform was developed with a reporting and rewarding system to: curb the practice of theft of medicines and other medical supplies from health facilities; improve availability of medical products for health care delivery in public health facilities and reduce illegal drug vending. A total of two hundred seventy six (276) cases were reported by whistleblowers as of September 2018.

Construction of a New Medicine Quality Control Laboratory
This reform to construct a new National Medicines Quality Control Laboratory in Lilongwe was undertaken as a prerequisite to attain accreditation for the International Organisation Standardisation (ISO) 17025 which is a general requirement for competence in conducting tests and laboratory calibration. Currently, the K1.2 billion laboratory has been completed and is expected to be occupied by 31st December, 2018.

Among other benefits, the new state of the art laboratory is expected to: improve the testing and analytical capacity of PMPB; enhance the image and recognition of the institution to international level; enable the Drug Regulatory Authority to attainment ISO certification and or WHO Prequalification and improve revenue streams for PMPB.

Enforce Registration and Regulation of Traditional Medicines
This reform seeks to register marketed traditional medicines so that the general public is protected from unsafe herbal products. Among other benefits, the reform will: help change attitudes through demystification of beliefs associated with the production of local herbs; promote and protect the interests of traditional healers as innovators; promote safety of the general public as consumers and improve the quality of local herbs.

Traditional and Complementary Medicines (TCMs) meetings were conducted with key stakeholders after which draft regulations and guidelines for the registration of TCMs were developed.

Repeal PMP Act and Replace with Regulatory Authority Act.
PMPB saw the need to repeal the PMP Act of 1988 and replace it with the Pharmacy and Medicines Regulatory Authority Act in order to enhance its capacity to regulate medical devices and TCMs including the Proliferation of illegal drug handling activities on the market. The new Act also provides effective deterrence for offences through stiff penalties.

The draft Pharmacy and Medicines Regulatory Authority Act was approved by Cabinet in April 2018 after which it was tabled in Parliament in June 2018. The Bill was referred to the Parliamentary Committee on Health for further review and is expected to be tabled again during the current sitting underway.